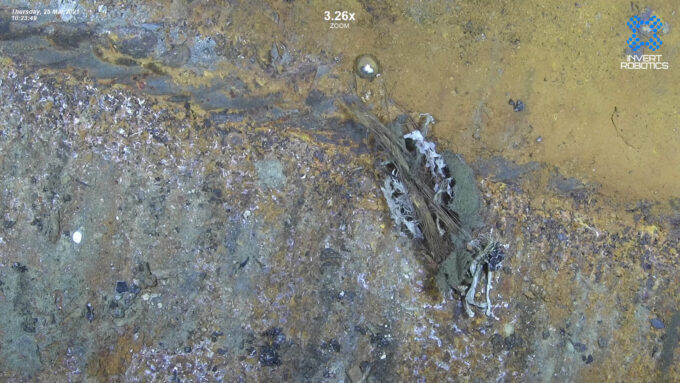 How leading breweries are making their asset inspection safer and faster

As in all production processes, employee safety is paramount in the beer brewing process. It’s why a global market leader now has tank inspections carried out by a crawler robot. In doing so they are minimising the need for hazardous entry into confined spaces by flesh-and-blood inspectors. In addition, they are also cutting back inspection times to, on average, a mere 3 hours per vessel.

‘An inspection robot that does the same work as an experienced inspector, but then without the inspector having to enter into a tank? A robot that sees all surface damages and localizes such damage with the hig- hest accuracy? A robot that does all this in 3 hours instead of the usual 3 days?

‘When we first pitched our robot for a leading beer brand, they found it slightly hard to believe we could deliver on all our promises,’ Guillaume Riggi, Operations Ma- nager at Invert Robotics recalls. ‘Neverthe- less, they were willing to give us a chance to prove our robotic crawler not only has the looks but is a safe and high-performing in- spection technology.’

‘Typically, in the beer brewing industry, tank inspections are carried out every four to five years. This is done by humans entering into the to-be-inspected tanks. Such human entry into a confined space is hazardous. It’s also time-consuming, with scaffolding needing considerable time to be put up and dismounted afterwards. And time, as in any production process, is money,’ Guillaume Riggi explains.

‘Inspection drones are a safer option. Howe- ver, their limited battery time and the need for an expert flyer, are two major drawbacks of this inspection technology.’

‘As for using a robot, key is that it needs to be able to crawl over the many different vessel surfaces – stainless steel, aluminium, coa- ted and more – without in any way impac- ting or even scratching that same surface. And, importantly, the robot must be able to capture any signs of degradation and locali- se all defects: however small and also those in patches.’

What our client wanted

‘Firstly, we tested the crawler robot in one of the fermentation tanks. Our robot per- formed to the full satisfaction of the client. With its precise mapping feature, it is easy to check of the crawler has covered the entire surface. And by fine-tuning the 30x optical zoom camera we were able to capture even sub-millimetre defects.’

What we didn’t do

‘During testing, we noticed that the robot’s adhesion to the tank’s surface was not quite up to par. So, we decided that we wouldn’t lower the robot into a tank on a single cord (as is usual), but we gave it a double anchor. Better safe than sorry!’

What we did next

‘Once the robot had completed the inspec- tion, we sent in our rope-access repair crew to immediately carry out the necessary re- pairs. Because the robot localizes defects so accurately, repairs can be done double quick.’

‘The brewery was so pleased with the re- sults at minimum downtime, that they since leave all inspection work and repair of their fermentation tanks in our hands. Of course, we provide them with a comprehensive in- spection report.’

What we did for other breweries

‘What makes our robot unique, is its ability to scale any surface and enter small, confin- ed spaces. It’s why another brewery called upon us to conduct a Pressure Equipment Directive audit on a CO2 tank with a manho- le of only 400 mm. Because nobody had to enter the tank, our client was able to skip the otherwise mandatory air flush procedure. As a result, the tank was back in operation faster.’

‘And then, we’re regularly called upon to inspect stainless steel fermentation tanks. Although many clients rely on our experts to carry out inspections, some prefer to carry out their won inspections and benefit from the flexibility that comes with leasing the ro- botic crawler.’

‘What all these clients are looking for are the best inspection results for optimum repair, with minimum downtime and maximum sa- fety for their workforce. Once they’ve seen our robotic crawler doing its work, they know that it delivers what we promise.’

Interested to learn how we can help you using our unique robotic crawler? Contact our nearest sales representative!

In for a challenge? Inspecting newly delivered, damaged wine vessels 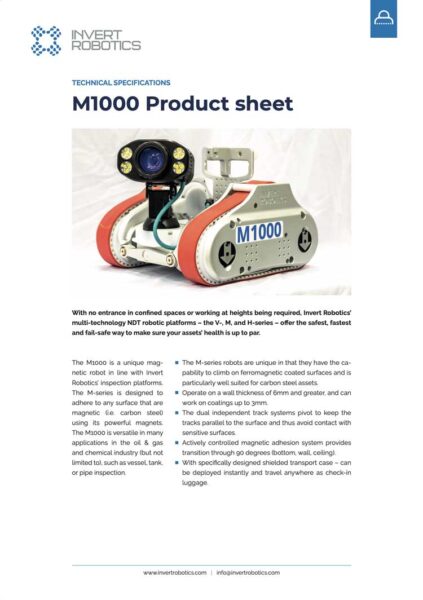